I do a lot of yak-shaving during this process, in addition to Twitter checking. I specifically seek out small things on my to-do list that I can do completely autonomously and I knock them the hell out, which is fine, and feels good, and is somewhat productive. But I still end up not having knocked out the thing I initially set out to do.

THIS IS SUCH A STUPID WORKFLOW.

Eventually I ask Person A for what I need, and they never give me any indication that I am a bother, or that they mind giving me the information I need. Sometimes it does take them some amount of time to get back to me, but hello, they are a busy person, which is why I entered my Cycle of Stupid in the first place, so that’s reasonable. And just think, if I had nixed my weird fear of asking them earlier, I would have gotten a response earlier and would have finished my part of the project earlier. 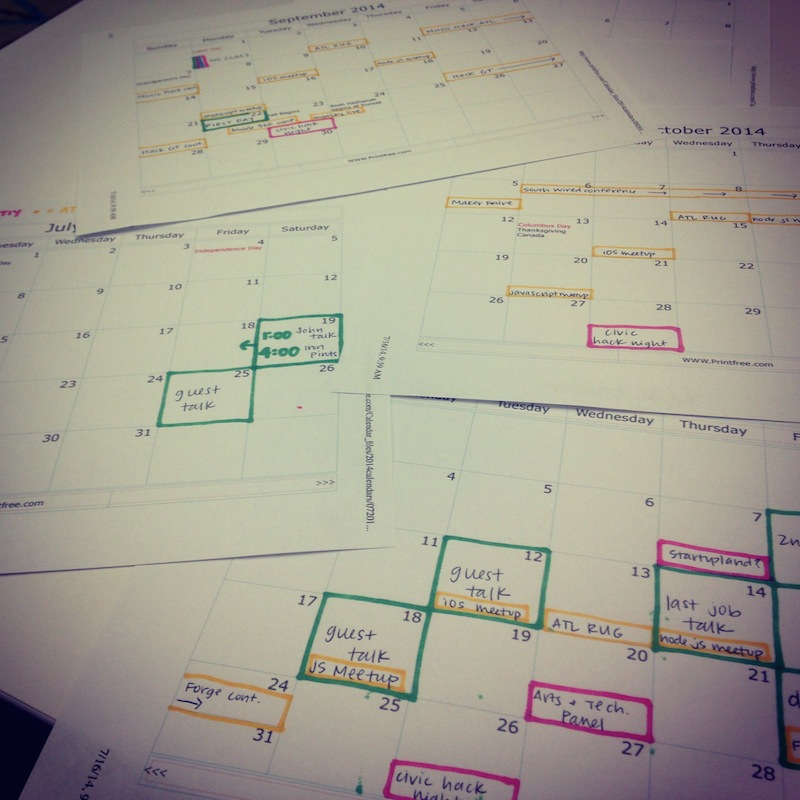 To be clear, this is not like a weeks-long, or even days-long, cycle. Usually the span of an hour or a morning at the most. But why is it that I feel so unworthy of asking someone to do a thing I need them to do?!?

You know that saying, “If you want something done, ask a busy person”? I really think it’s true. When I have more to do, I focus more on doing it efficiently and I get much more accomplished. When I ask a busy person for something, especially if it is small in the scheme of their day, it’s probably satisfying for them to be able to cross it off. It is a viable thing for me to ask for help, or information, or input! I am a viable member of a team! No one will hate me for asking!

…so basically I need to get over it.

Today a co-worker asked me to do something, and it was so not a big deal for me to do it, but when I told her it was done she said it felt like Christmas. How gratifying is that?! I didn’t think anything of her asking me to do it, I did it, it was no skin off my back, and it made her day. That’s my object lesson to remind myself that I’m allowed to ask for things, even if I know the person is busy.

Anyone else have a mental block that they know to be unproductive? What’s your approach when you need help or input on a project?