I am not a big fan of potatoes, but A. likes them a lot, so I try to serve them occasionally. When I do eat them, I am super picky about their consistency. I like my french fries EITHER squishy OR crunchy, but I will eschew the middle-ground ones all day long. I like mashed potatoes with the skins smushed in (I think "smashed" is the accepted term), and I only eat baked potatoes with ridiculous amounts of butter and sour cream. Plus, I effectively turn them into mashed potatoes with my fork.

So, anyway potato angst aside, I "pinned" this recipe on Pinterest awhile back thinking it looked like a delicious compromise to serve. 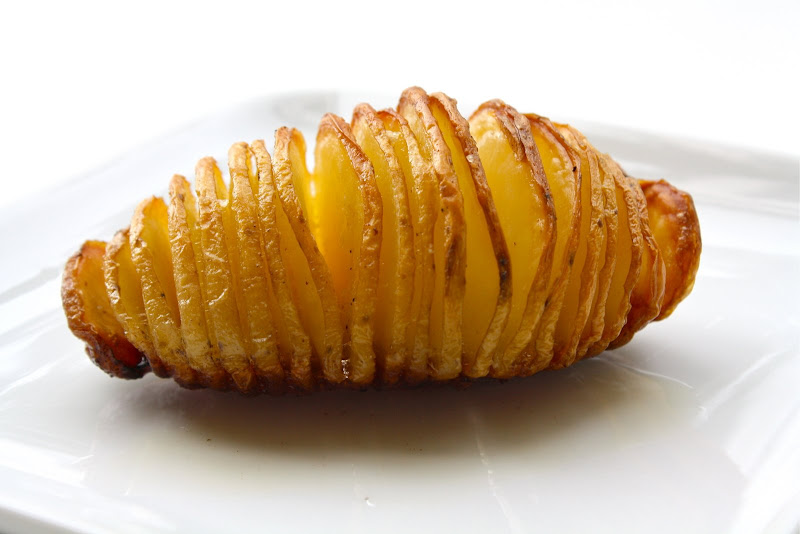 These are called "Hasselback potatoes," or Swedish potatoes. I don't know what's Swedish about them. I didn't know Swedish people ate a lot of potatoes, let alone were known for a certain style. But that's what they are.

Basically, you make slices in the potato without cutting all the way through, put some sliced garlic in each slit, salt it, and drizzle it with olive oil AND butter. Then you bake it and it supposedly gets crispy on the outside and deliciously soft on the inside.

Well, first of all, cutting those slits was MUCH harder than I expected it to be, even with my recently sharpened chef's knife. So mine looked much more irregular than the model photo. (And some of the cuts, in fact, went all the way through. Oops.) 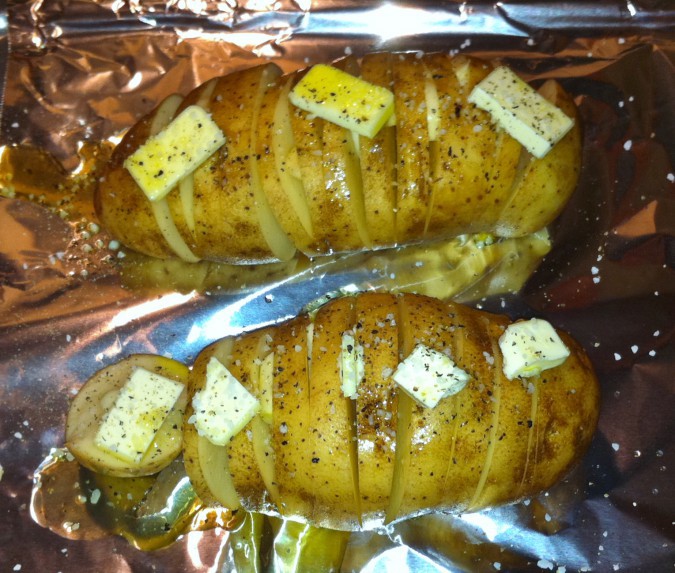 And THEN, even though I baked them for as long as the recipe said, they weren't NEARLY soft enough for my discerning palate. So, I performed an act of gourmet chef heresy: I microwaved them. Which pretty much ruined any chances they had of being crispy. And even after that, they STILL didn't seem quite done. It was a great concept, but flawed in execution.

Here they are post-baking, pre-microwaving: 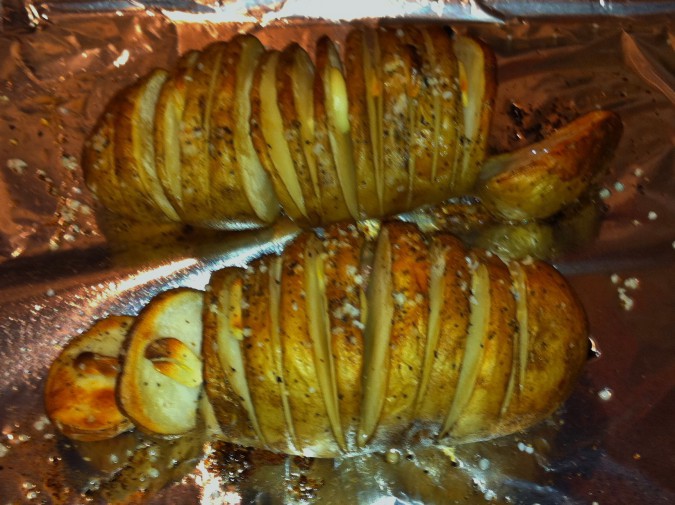 I would potentially give this recipe another shot and just know that I need to cook them for awhile longer.

Have you had any flawed cooking experiences lately? Do your recipes come out looking as good as the pictures?

I'm linked up on the Tasty Tuesday Parade of Foods! Come by and visit!