when I was a child, I talked like a child…

I was 14 when I was saved. Before then I hadn’t known I was lost, really. I grew up in the Bible Belt without a Bible of my own, without a church, without the faith like a child that Jesus was so keen on. But when I was 14 I asked Christ to come into my heart. I had made a friend who was a fervent believer, who talked to me about God, who introduced me to irresistible grace. I asked so many questions: How can so many people who believe other things be wrong? What about the Indians and the Greeks who believed in all these little gods that possess things? He gave me a Bible and I devoured it as I always have books, and one night on the phone I couldn’t resist anymore.

I had gotten that from the passage in Matthew 25 where Jesus talks about the judgment day. “When the Son of Man comes in his glory, and all the angels with him, he will sit on his glorious throne. All the nations will be gathered before him, and he will separate the people one from another as a shepherd separates the sheep from the goats. He will put the sheep on his right and the goats on his left.” He continues, explaining that those who have clothed him when he was naked, fed him when he was hungry, and visited him when he was in prison (though they didn’t know it was him) are the sheep, and he will draw them to his side. “Truly I tell you, whatever you did for one of the least of these brothers and sisters of mine, you did for me.” But the goats, the ones who turned away from him all those years, the goats he will send away to eternal punishment.

And I did NOT want to be a goat.

…When I became a man, I put the ways of childhood behind me…

But here I am a decade later and hindsight is a bitch. Because I hear that statement and think of what depths of insecurity in myself it came from. I was a goat in a lot of ways: at school I was not the popular one, I was not the fastest swimmer, I was not a cheerleader, I wasn’t a pageant queen. I wanted desperately to fit in. And the way I turned to Jesus speaks of that. The cry of my heart was to belong, and here He was telling me I could, that I could come to him, and serve him, and I wouldn’t have to be a goat. And so I grasped it with everything in me.

I’m not saying that I don’t think my salvation was real–I was thoughtful enough even then that I didn’t make decisions lightly, and I can’t say that the happiness and lightness I felt in the days after my profession of faith didn’t speak of something stirring in my soul. But it strikes me that my confession was of a negative bent. I didn’t say I wanted to be a sheep; I said I didn’t want to be a goat.

…For now we see only a reflection as in a mirror… 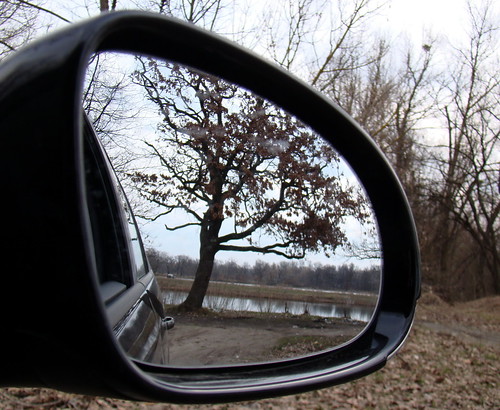 It makes me sad to think about how badly I did not want to be a goat. In the decade that has passed I have embraced my goat-dom. I am so much less self-conscious than I was even in college, and I like myself a lot more. I am who I am, and I am that person for a reason.

But I wonder if some of what I’m struggling with regarding my faith right now is the fact that I came to it out of a place of insecurity. I’ve never wanted to be a goat, so maybe I have never explored what it means to be a sheep. To be a sheep instead of just not a goat. It’s as if what I needed from God at the time (to make me not a goat) is irrelevant now that I am a bit more mature, and I’m struggling to find what is relevant. I don’t worry that I’m a goat anymore, and so it almost feels like I don’t need God.

…then we shall see face to face. Now I know in part; then I shall know fully, even as I am fully known.

I want to believe in God. I want to be compelled by His story of grace and forgiveness and I want to be a sheep. But since all I’ve ever wanted is not to be a goat, I don’t know what that looks like.

Someday maybe I will.