What do you make of it when you open up a new book and find yourself confronted with a lengthy list of characters? Sometimes these are lists; other times they’re family trees or tables with relationships indicated in some way. I’ve also seen formats that try to indicate locations as well. 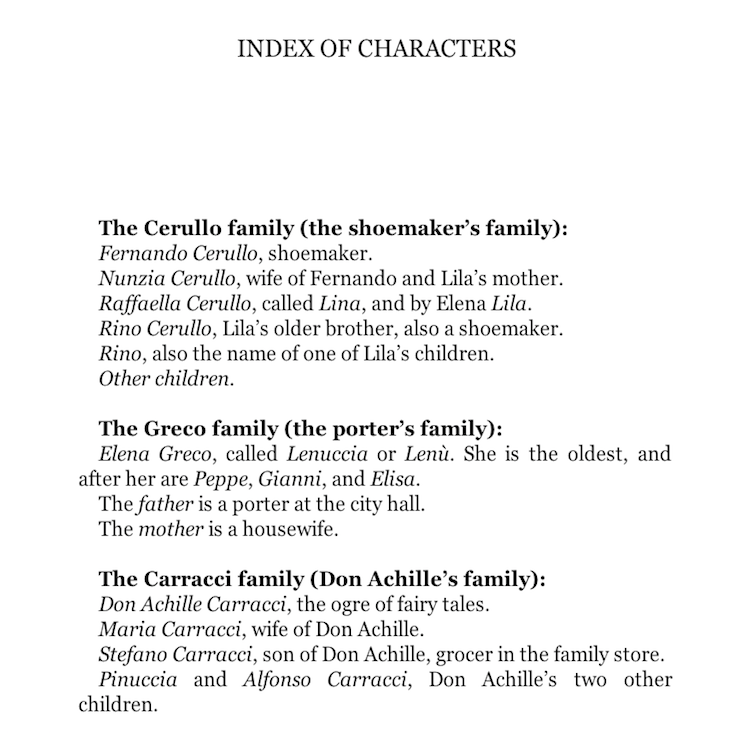 screenshot from My Brilliant Friend 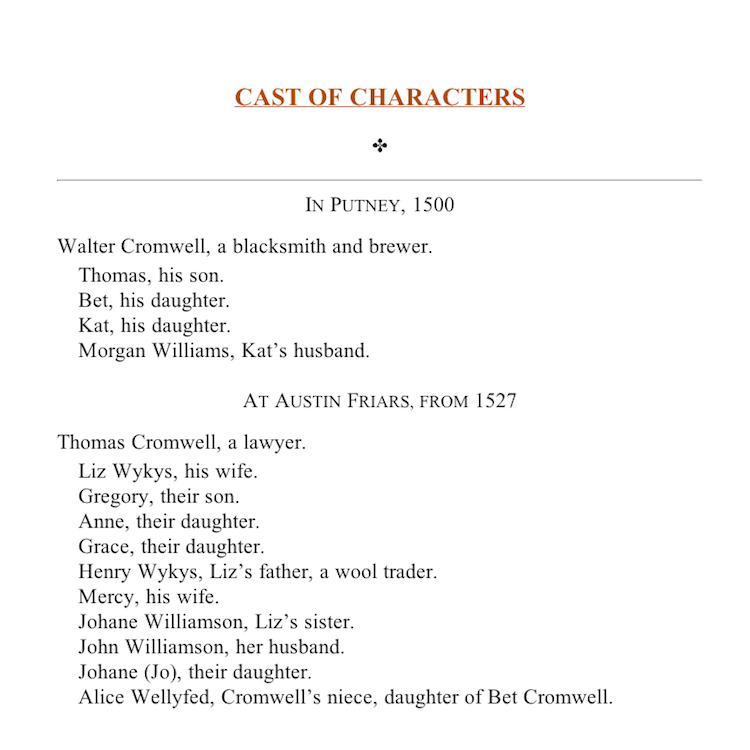 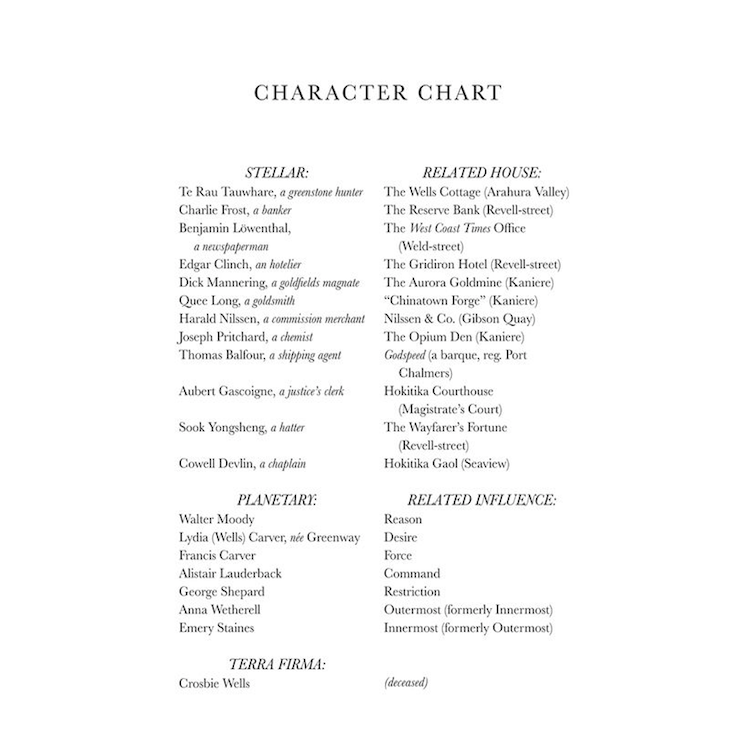 screenshot from The Luminaries

I take several issues with such a hefty list right at the start of the book. For one thing, the names and relationships are mostly lost on me, since I’ve yet to even dive into the story. For another, when I open a book, it’s usually because I’m ready to read! So I’m far from in the mood to peruse and try to commit to memory a long list of names I don’t know.

I can understand the impulse to include such a list. Usually these are in books that have a tangled web of inter-related characters, or, in the case of Wolf Hall, a lot of characters with similar names. I’m not sure what the best answer is. All I do know is that if I see a list at the beginning of my book, I’m almost sure to skip right over it.

I rarely have a desire to consult the list later, either. Especially on the Kindle, it’s a pain to “flip” back to the beginning and then find your place again, and that’s the format I usually read in these days. I feel like, if a book is engrossing and well-written enough, the character’s relationships should be written on my psyche. I shouldn’t need a reference list. And we’ve established that I, at least, certainly don’t want one.

Maybe I’m an anomaly. Maybe everyone else devours character lists and it enhances their reading comprehension. But somehow I doubt it.

P.S. I’m not biased against big books…in fact, we’ve established that I love them!