Food for the Trail

Andy and I went backpacking last weekend. He was an Eagle Scout, so he’s camped and hiked lots and lots of times. We’ve been a few times together, and we have a pretty good routine down as far as getting the trip organized goes. He’s responsible for planning the route, picking the campsites, and getting us there, and I’m responsible for the food. (Though, what else is new? ;-)) 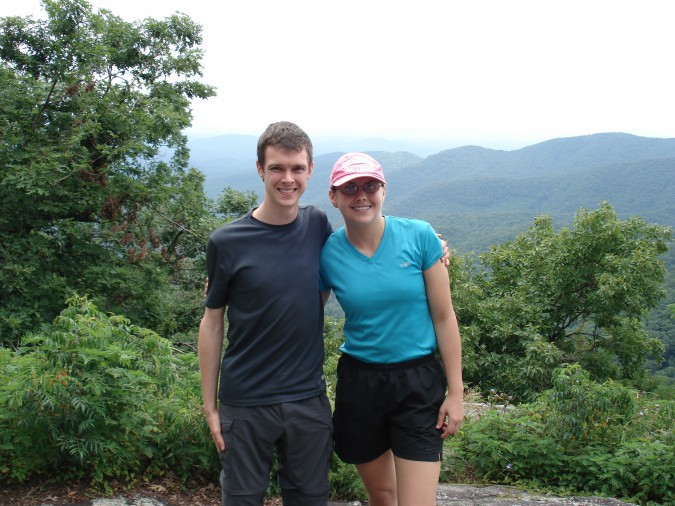 The first time we went I was pretty nervous about this and stuck to a “safe” list of bapckpacking foods that I had found on the internet or something. Since then, though, I’ve gotten a bit more creative and had some fun planning our meals. Backpacking food needs to be in light containers with easy open packaging, no fuss when it comes to preparation, and shelf-stable. I tend to think of foods that would be good for kids to eat, because those usually fit all the requirements.

For dinners, we carry a small stove-like thing called a JetBoil. It has an insulated canister that boils water very quickly, and also has an attachment that allows you to place a pot or pan over its propane flame. It’s light and compact and works really well, so we try to come up with as many meals as possible that require only water. Lunches are more casual, and in fact some days we just nibble when we’re hungry rather than stopping to eat an official lunch.

Here’s what we carried last time:

We actually brought a fair amount of this back home with us, but you always want to have too much food, rather than not enough. You can tell I like to include “treats”–that makes it a lot more fun to me! Chocolate is a good addition to any trail-eaten meal. 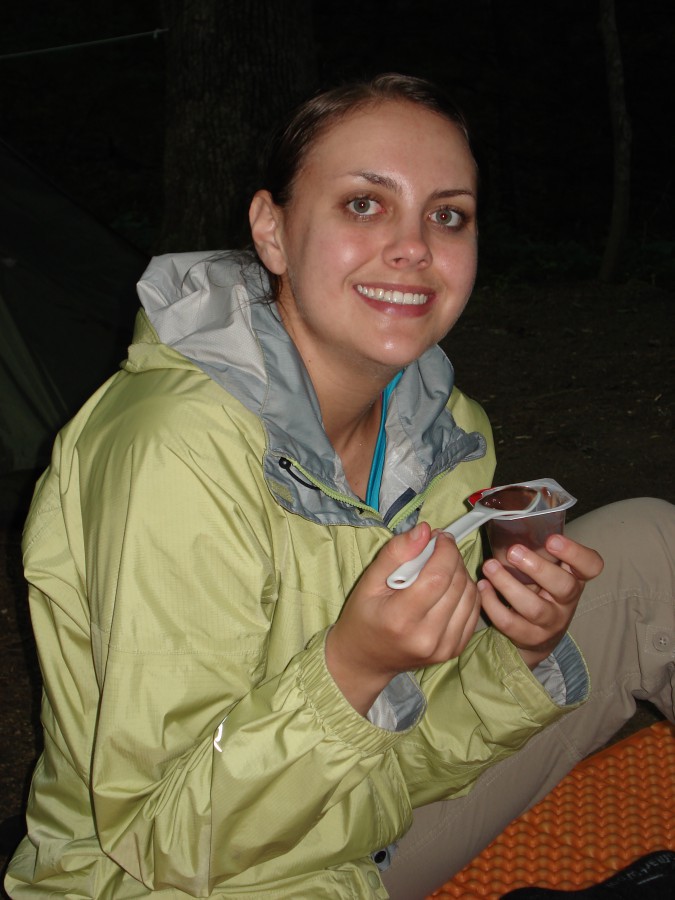 And beef jerky isn’t something I’d ever think about eating on a regular basis, but I sure do enjoy it out in the woods. The freeze-dried dinners, which you can buy at any outdoors store, are a great, easy cleanup option, that are also pretty tasty and hardy. Next time, I might just stick with two of those rather than trying to make a camp dinner out of real dinner ingredients.

We also brought along an assortment of teabags and instant coffees for in the morning. I never sleep well in the wilderness, and this past time it was actually a little chilly overnight, so that hot cup of caffeinated goodness is a pleasure in the morning. My favorite mixture is a package of hot chocolate mix stirred in with a couple of tubes of instant coffee–instant mocha! 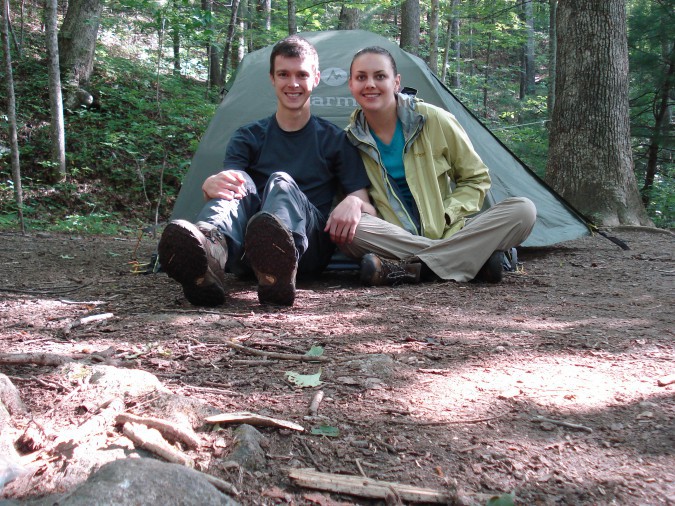 The best and most fun lesson I learned this time was to use the bulk bins at Whole Foods or somewhere similar to get ingredients for trail mix. That way, you can buy small amounts of lots of different things, and not spend very much on each element because it’s charged by weight! This is much better than having to buy a whole big bag of, say, almonds at a regular grocery store when you really only need a handful.

So there you have it: food for the trail. Have you ever been backpacking? What kinds of food do you eat while camping?