Yesterday Andy and I embarked on a mission to organize the big closet in our second bedroom. It has a LOT of stuff in it and is great to have, but it just wasn’t really working for either of us. I wanted to make it so that you could actually walk into it, and so that I could more easily access stuff. Anyway, in doing so we got rid of a bunch of empty boxes we’d been keeping, and Kira finally became like a real cat and sat herself down into this box lid. 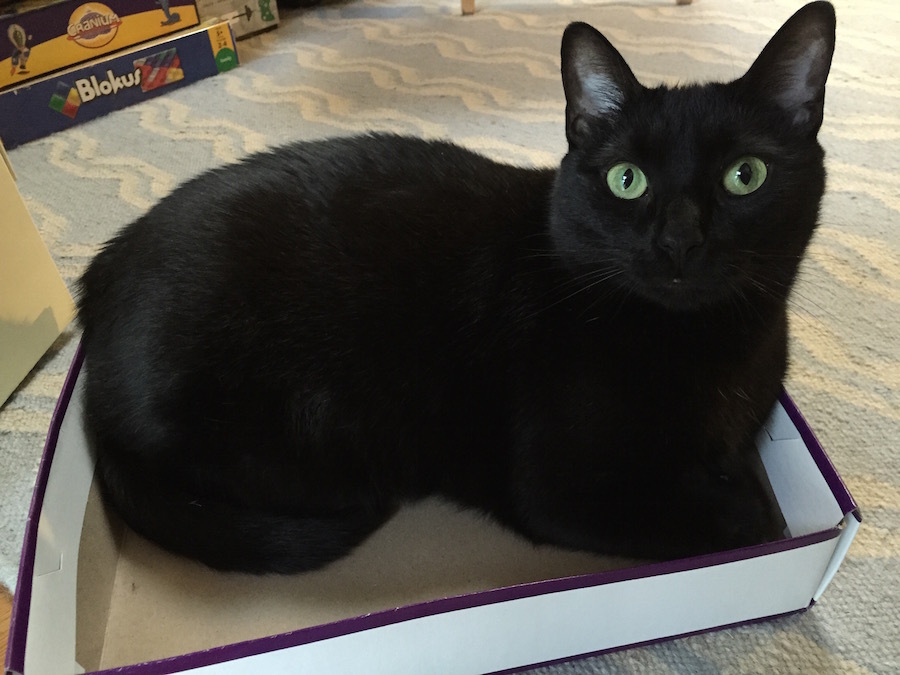 Pretty much the best thing is happening on my cat’s Twitter. pic.twitter.com/7SRPLPQjBl

I won’t even try to top that.