Let me tell you a story. Once upon a time, not so long ago, there was a girl named Laura who was lusting after a pair of taupe ballet flats. At $175, said ballet flats were far and away more expensive than most of the shoes the girl had ever purchased in her life, and so they lived only in pictures in her Internet browser. But one day, the girl got a bonus at work, and so she decided to splurge on the Expensive Shoes. 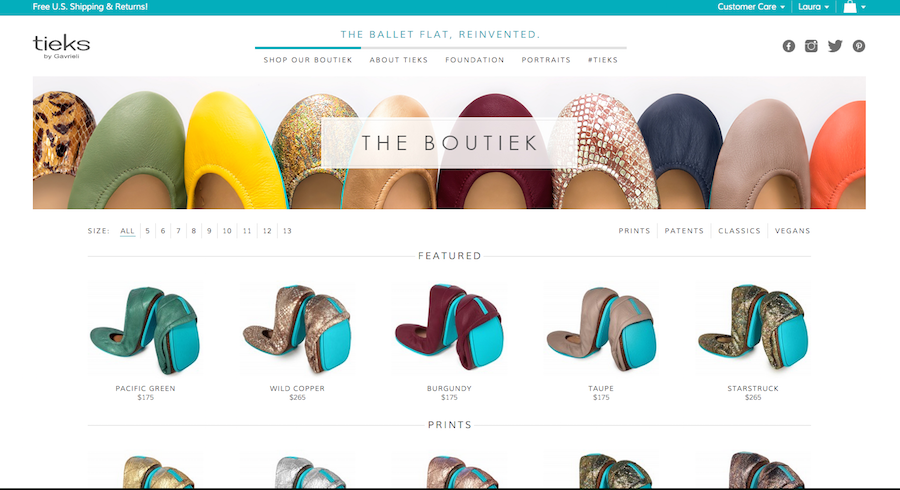 She felt a slight tremor upon clicking the purchase button, followed immediately by a thrill of excitement as she imagined the soft feel of the leather and the comfort of the cushy blue sole.

One day not very much later, the Expensive Shoes arrived. The girl couldn’t wait to get home and try them on!

Opening the Expensive Shoes was as delightful as one would hope a $175 experience would be. They came in a beautiful box, with a sassy flower on top. And the blue soles popped as she pulled them out of their package.

But when she put the Expensive Shoes on, her heart sank. They felt tight on her heels, and the insole was not as supportive as she had hoped. And, she felt like her toes were going to poke through the fine leather of the toe box! A battle was waging within the girl. She wanted the Expensive Shoes. She debated keeping them despite their discomfort, because they were, in fact, quite beautiful shoes. Her desire was strong, but the girl knew that she would not be happy with the Expensive Shoes.

Reluctantly, the girl packaged them back up and prepared to process a return. The girl started the search for the perfect ballet flat all over again. Somewhat to her surprise (for the girl was picky and had been utterly consumed by lust for the Expensive Shoes), she found a suitable replacement without a lot of searching! And so the girl placed a second order, from a different website, for only $79.99.

The shoes arrived, and once again the girl raced home excitedly. When she opened the box, she thought, “That doesn’t look like the color I ordered! Maybe my browser just wasn’t displaying the color quite right.” She slid them on and was dismayed to find that they were far too small. “Perhaps an extra half size up would do the trick,” the girl thought, because otherwise the shoe seemed like an excellent replacement for the Expensive Shoes. As she took them off, she caught a glimpse of the size inside the shoe–and it was actually a half size below what she had ordered. The company had sent the WRONG shoes! Wrong color, wrong size. A second flop.

The girl filed a ticket to tell the company that they had sent her the incorrect shoes. They, of course, apologized, and said they were shipping her the correct beauties. And yet, the next day, the girl had a voicemail telling her they were unable to ship the item and had issued a refund to her credit card.

“But I don’t want the money,” the girl whined to herself, “I want the shoes!”

The girl rallied. Her lust for the Expensive Shoes had been transferred to the newer, less expensive flats, and so she had to have them. The girl did a Google search for the name of the shoes and, to her surprise, found them listed on Amazon, and for a fraction of the price! 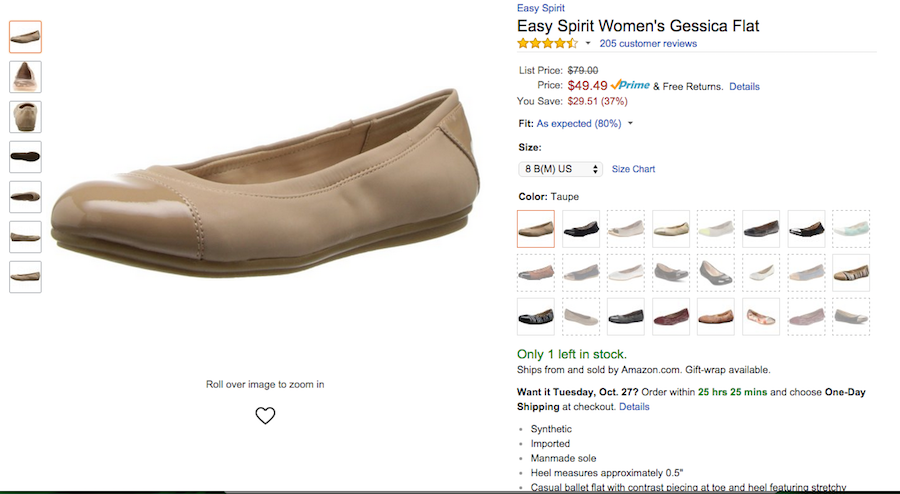 The girl’s frugal heart beat just a bit faster as she followed the link, selected her color and size, and found that they were in stock–though only two pairs remained! Heaven forbid she should dally. The girl added them to her cart and completed the order with the terrifying ease made possible by saved data in her Amazon account.

This fairytale is not yet over, because it’s possible the girl missed her chance and she’ll wake up tomorrow to an email from Amazon telling her she had missed out again. But the girl has hope, made even sweeter by the knowledge that she’ll wind up with an extra $130 dollars left in her bank account.

The moral of this story is that lust can be a powerful motivator. It can make you click crazy buttons on the Internet and boldly defy all your personal budgetary strictures. But sometimes the Expensive Shoes are not all they’re cracked up to be. So if you find yourself lusting after the likes of a pair of shoes, let the magic of Google do your searching for you, and you may just find your glass slipper after all, without breaking bank.