Why I'll Keep Eating Dinner in Front of the TV

Andy and I eat dinner in front of the TV 99.99% of the nights that we eat together at home, and I’m not angling to change that. I know that flies in the face of all the posts on the Internet about intimacy and connecting with your spouse and raising your kids right, but it works for us, and here’s why. 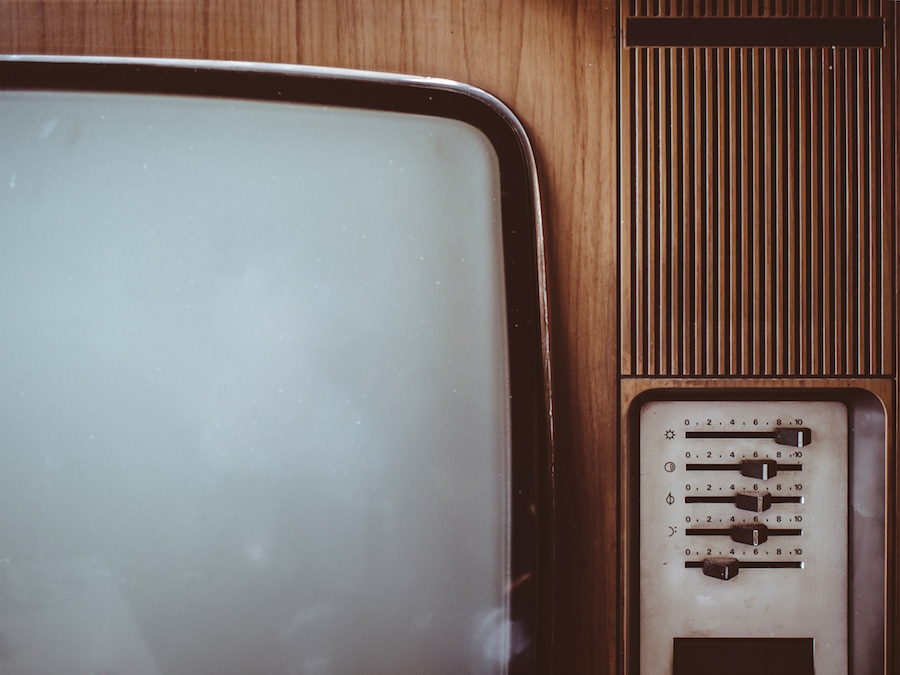 1. It gives us something to talk about.

Look, Andy and I are both introverts, and we’re not always the best at talking to each other. The times I’ve spearheaded our eating at the table the conversation has tended to be stilted, and I hate listening to people chew.

For the first 4 years of our marriage, Jeopardy! was our show of choice. We recorded it and watched it the next night. We would speak the answers (er, the questions) out loud and get competitive. We would comment on the players’ jobs and outfits. It wouldn’t be uncommon for us to pause the show when something on it spurred a conversation topic.

That’s the key, though. If you’re using the TV to escape, albeit together, and you sit like blobs watching it, you probably should try to eat at the table. But it’s a conversation starter for us, and we don’t mind clicking pause periodically. It’s like a box of Table Talk cards but that moves and talks back.

Another perk is that I feel like it helps us avoid the iPhone trap. It’s still tempting in slow parts of the show to mindlessly scroll through social media, but it’s easier to resist when you’re engrossed in a plot or intellectually stimulated by a story.

2. It gives us a shared context.

We have pretty different preferences in movies and TVs, but we overlap in a few places. Finding a show to get invested in together gives us something in common. It’s not an experience, per se, but it’s akin to one. Plus, we each stretch our comfort zones periodically and are often pleasantly surprised to find ourselves enjoying something the other introduced us to. Or, we both dislike the same show and get to talk about why.

Some that we’ve particularly enjoyed together (aside from Jeopardy!) are:

3. It gets us physically close to each other.

Physical touch is not my primary love language. A friend of mine joked one time our freshman year of college while we were all crammed on a twin bed watching a movie that she didn’t like being touched, and I scooted away and believed her because it didn’t seem unreasonable to me. (The real truth is she LOVES to cuddle. I mostly don’t.) But like, when you are married to someone, touching is a nice and good thing, and I have a tendency to forget that!

When we sit on the couch next to each other watching TV and eating off of our TV trays that we got at Walmart early on in our relationship, we’re primed for some physical contact once our plates are empty. That usually happens before the show is over, so then we’re left with a half hour or so of time to sit next to each and hold hands, something that we might not prioritize or make time for otherwise. We also take the opportunity to torture the cat with our touches and make her do ridiculously cute things that she pretends to hate but I hope secretly loves. 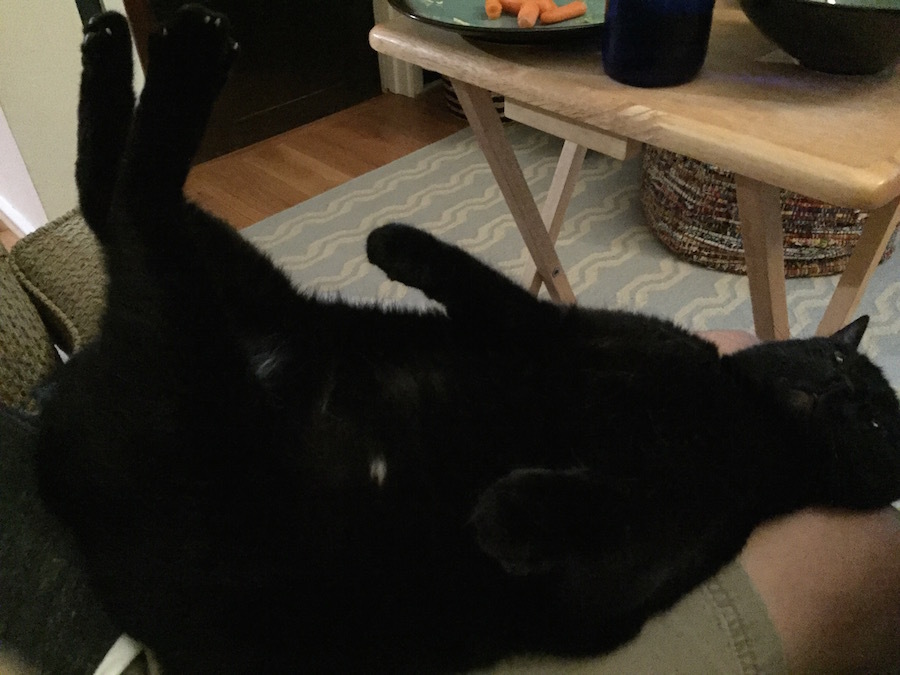 I understand why a lot of couples prioritize sitting at the table and eating, but I’m satisfied with how we do it. If we had children, I would probably transition into family dinners without the TV, but this is my family right now and it works for us!