Things We Take for Granted in the First World

How far away are you right now from a place where you could fill a glass with water that you could drink without worrying about getting sick? 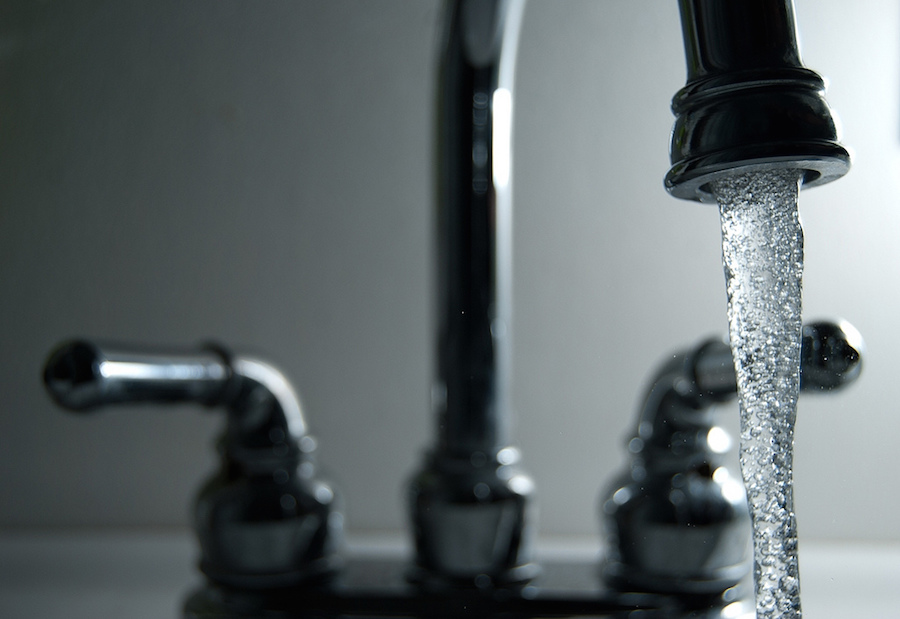 Photo credit: Image by Steve Johnson via Flickr under CC 2.0

I’m sitting on the couch in my loft, and I’m about 12 feet away from two different sinks–the bathroom, and the kitchen. Now, I normally don’t drink tap water from my bathroom, or even the kitchen faucet for that matter. Because about 10 feet away from me is also a refrigerator that holds a filter from which I can get cold, purified water.

My parents live in Louisville, Kentucky, and I don’t like the way the water tastes there. I can’t pinpoint what it is exactly, but it’s not my favorite. The bottom line, though, is that I can drink it safely, and it’s a huge privilege that I even get to decide what water I prefer.

The most difficult time I’ve ever had getting enough water was one time on a backpacking trip. It was August, in Tennessee, and it had been a dry summer. There was one spot in the park where we were hiking that had water, and it was about half a mile out of our way. Once we got to it, we discovered it was basically a trickle down a rock face. We spent a long time letting our filter bottle fill up, filtering it, pouring it into a different vessel, and then doing that all again. We had to carry about 3 times as much water as we usually do, since we needed it to camp that night and then to drink the next day on our hike out.

On the last hill up to our campsite I couldn’t go anymore, and my husband walked up it, dropped his pack, and came back down for mine so that I could climb up unencoumbered.

We still did not go thirsty.

We chose to go into a situation where water was limited.

Last week I had the opportunity to go on a Water:Walk hosted by Blood:Water in Nashville, Tennessee. If you’ve ever been to Nashville you’ve probably noticed that there’s a big river down the middle of it. We gathered as a group and walked about a mile on an overcast, dreary day carrying big blue jugs. We trudged down to the water’s edge in the shadow of the NFL stadium and filled our jugs.

The mile back went a good deal slower. I found myself switching the jug from hand to hand every few steps. It was awkward to carry, and heavy.

While we walked we listened to Gertrude’s story. Gertrude lives miles away from the nearest water source, which is down a steep embankment, and is muddy. She rolls a barrel every morning down the path, fills it painstaking jug by painstaking jug that she pulls up from the pond, and the rolls it back to her home.

My jug was a fraction of the size of Gertrude’s. It had a lid so nothing could spill, and a handle. Girls in Africa sometimes tote water vessels that weigh almost as much as they do, for miles. Others schlep buckets that have no lids or stoppers, and they risk losing a portion of their precious liquid on the long walk to home.

I take water so for granted.

Many populations in Africa are ravaged by HIV and AIDS, and many of those same populations also lack access to clean drinking water. Blood:Water was organized to help provide them with the things they need most: clean blood, so to speak, and clean water.

The water many communities in Africa have to drink would make anyone ill. Add to that the fact that too many of their inhabitants are immuno-compromised, and you have a deadly combination. Imagine being ill with diarrhea but knowing that the only fluids you have to address your dehydration are likely what made you sick in the first place. Imagine being unable to go to school as a child, or work as a woman, because it’s your responsibility to bring water for cooking, bathing, drinking, and caring for your animals. Imagine having nowhere to use the restroom in private and nowhere to wash your hands afterward.

That’s a reality that all too many people face.

I thought about them while I walked with my water, while people driving by gave us funny looks, while the sky opened up and began to drizzle on me. I had volunteered to do this thing and was patting myself on the back when we finished for having done it, as if it were an aerobic feat like having run a marathon. It was a challenge that I surmounted. But it’s a challenge many women have to face without volunteering.

I felt sad thinking about Gertrude rolling her barrel day after day after day. My shoulders ached a little the day after my walk, and I can only imagine how hardened her muscles must be from years of that labor.

I don’t know exactly how to end this post. I’m not an expert on the solutions to this problem, and I don’t want to come across as sanctimonious. I also know trying to bring about lasting change in communities is hard to do well. I don’t want to claim that Blood:Water is the end-all, be-all solution, or even the absolute best place to donate.

But I would like to encourage you to think about water, and to think about what you can do to help. Heck, even people in our own country on the west coast have been made much more aware of water’s preciousness this year in the face of rampant droughts. If you’re moved to get involved, check out Blood:Water’s list of solutions or donate to a different water-bringing charity of your choice.

Water is heavy. Your dollars can lighten the load.