Combat Litter Box Odors with the Magic of Baking Soda

I’ve recently come across a product that touts itself as a litterbox deodorizer. Sounds great, right? Cat owners throughout the ages (well, recent ages, anyway) have been looking for effective ways to hide the olfactory evidence that they are, in fact, cat owners. I’m pretty pleased with the litter I’ve been using, but I do occasionally notice a stench from the little princess’ litterbox. So I decided to look into the deodorizer. 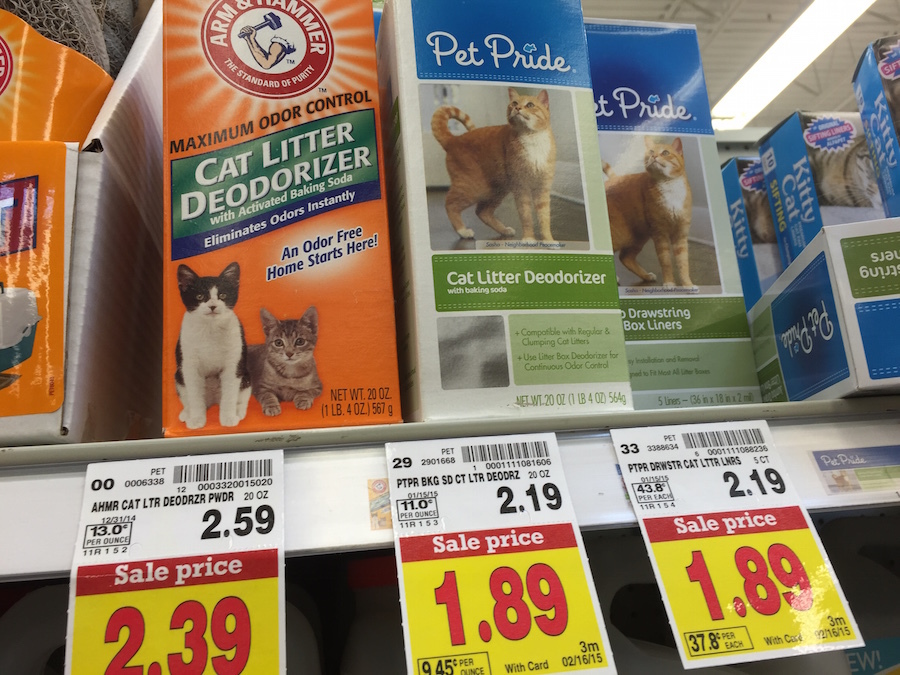 It has activated baking soda, moisture-activated fragrance, and “an ingredient” to help keep litter from sticking to the box, making cleanup easier. “An ingredient” kind of freaks me out. What IS it, exactly? Cats spend a lot of time licking their little feet, which have pawed through that “ingredient.” What are they ingesting? What are they tracking across my floors?

As far as I’m concerned, plain ole baking soda does a great job of controlling odors from the litterbox. And it’s cheap! 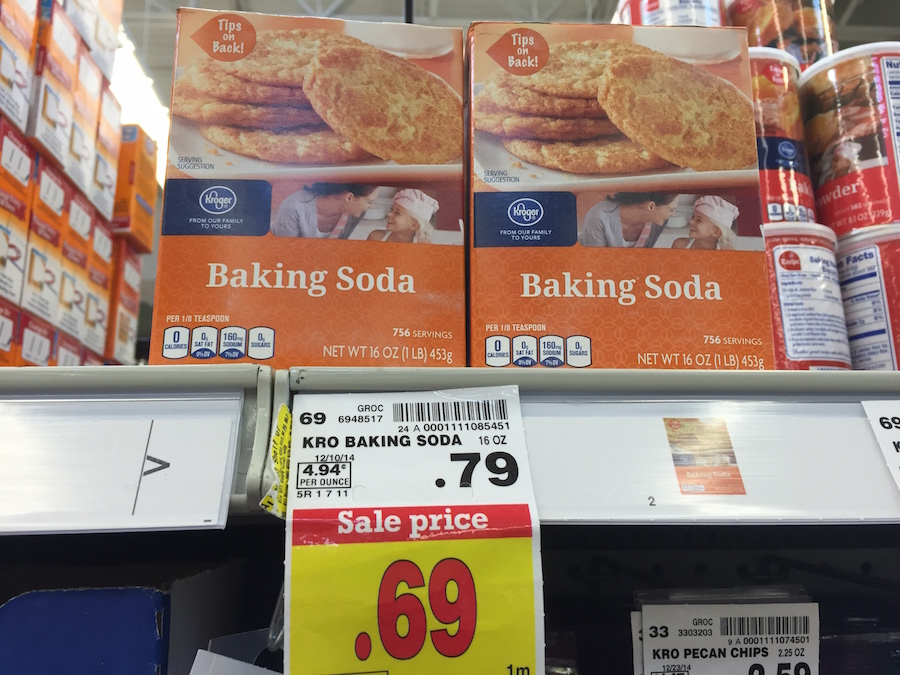 Baking soda works at neutralizing odors because SCIENCE. Its fancy name is sodium bicarbonate, and it works by neutralizing pH levels in molecules it absorbs. Bad odors are usually due to either strong acids or strong bases, so the baking soda regulates those back to a normal (neutral) level. Plus, baking soda does something called buffering, which actually helps prevent further changes in the pH of molecules around it.

Plus, it’s cheaper! Did you do the math on the price tags above? The store brand baking soda is 4.3 cents per ounce, compared with 9.45 cents per ounce for the store brand litterbox deodorizer (even on sale). That’s almost double the cost for a sketchy “ingredient!” Not to mention that the name brand costs even more. BONUS: baking soda is non-toxic and environmentally friendly and you can do tons of other stuff with it as well.

I can see why the ingredient that purportedly keeps litter from sticking to the box is appealing. Lil Kira seems to often urinate JUST on the edge of the box, and it does stick. But guess what? I scoop regularly and use a little elbow grease (with the scooper, of course) to get the moister clumps off before they have much time to sink their odors into the plastic bin. And, I periodically dump all of the litter and clean the box with a mild detergent. Then, I sprinkle a layer of baking soda in the bottom before I refill it with litter. If I’m noticing a smell, I’ll sprinkle in about 1/4 cup more baking soda when I scoop.

Unless I’m totally missing something, my efforts and baking soda do the trick, without spending more on a product with who-knows-what in it. (But please, if your nose comes to my house and thinks otherwise, tell me!!)

Do you use baking soda for anything creative around your home? Cat owners, how do you handle the potential for litterbox stench?

P.S. I warned you about a different kind of toxic fragrance recently, too.