Newsweek recently released its annual Top 1000 High Schools list, and my alma mater (The Mississippi School for Mathematics and Science) made it on for the first time at #542! It was the only school in Mississippi to be selected. Sure, it was beaten out by some generic public high schools in wealthy suburbs of big cities in other states, but given its size and the methodology Newsweek uses to rank, I’m impressed that it placed at all. I also realized that I have friends who attended at least six of the other top 1000, including numbers 6 and 10. What can I say, I keep some pretty good company. 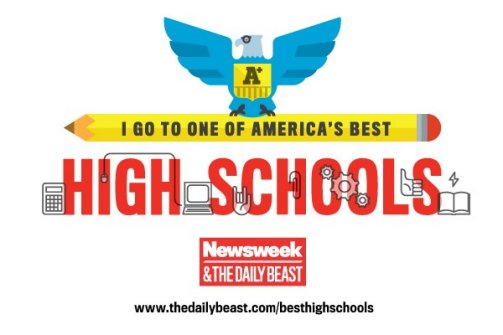 I’m pleased as punch that MSMS ranked, because I think being able to check that box will do great things for its credibility and funding opportunities, but I can’t say I agree fully with Newsweek’s ranking tactic. MSMS is a two-year public residential high school, meaning that it’s (mostly) free to anyone from Mississippi who is accepted. It provides an opportunity for people from small towns and bigger cities to get a better education than they might get at their local high school, and it is a veritable melting pot of socioeconomic backgrounds, cultural experiences, and academic interests. Though it is a math and science school, its instruction in the humanities is top-notch. It’s located on a college campus, so many classes count as dual credit, and for those pursuing the sciences, there are numerous collaborative research opportunities.

My brain tended more toward the humanities, but because of the curriculum requirements I was exposed to advanced-level science and math classes that I undoubtedly would have shied away from at any other school. I had FABULOUS teachers who truly went above and beyond what was required of them. Our classes were on a college schedule, and we lived in dorms, meaning that we got a taste of the freedom and independence of college in a more controlled environment before we were thrown into it on our own. I can’t say enough about the relationships I built in those 2 years, and I was definitely more than prepared for the challenges of my first semester of college. I don’t think the experience I had at MSMS can be encapsulated in a percentage or a score or a number.

Here’s what Newsweek measured and what percentage of the overall score it represents:

(Side-note: since MSMS is not a 4-year school, so I’m not exactly sure how they calculated this measurement for it.)

I graduated with a little over 100 students, and I think every single one of them was accepted into at least one college. I agree that that’s a good measure of a school’s success (though maybe it should also somehow include some element of how well they do once they go to college?). But when it comes to testing, MSMS didn’t offer all that many AP exams, and it didn’t offer ANY IB. However, most of our teachers had PhDs, or masters degrees at the very least, and we were treated as college students and taught at that level. I think this measure of Newsweek’s is what has harmed MSMS in past years. With such a small student body, it’s not possible to offer as many AP classes as it might be possible to offer at a bigger school, where more people would sign up for them. Just because I only took 2 AP exams doesn’t mean I learned any less, and in fact, to me it might imply that I learned MORE, because my teachers weren’t tempted to teach to a test. I took the AP English literature exam without taking an actual AP English class–instead, I took a college level Survey of British Literature that only mostly prepared me for the exam. (I made a 4.)  And as far as test scores, I know you can’t get around including those in any report that judges schools, but I have such mixed feelings about the efficacy of standardized testing to tell any kind of true story about a group of students.

All that to say, I feel ambivalent about this Newsweek report. I had a wonderful, amazing highschool experience at MSMS, socially and academically, and I’m glad they’re finally getting some national kudos, but I think there’s more to high school than the numbers.

What was your high school experience like? Is your school included on the list? What elements would you include in a ranking of schools?