My parents made the tough decision to have this little guy put to sleep: 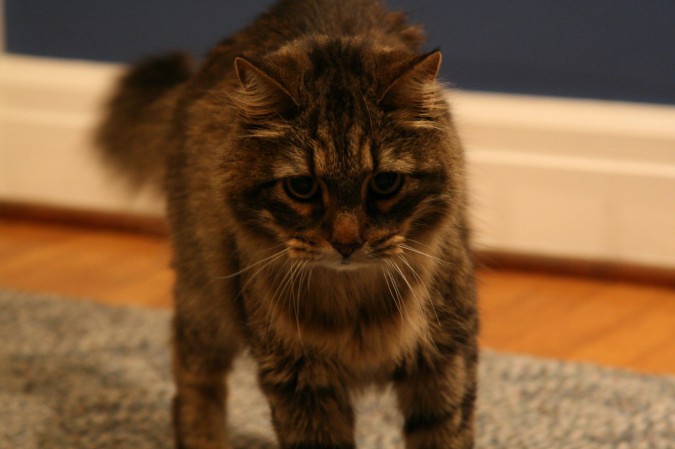 This is Tiger. He lived a good long life. We got him when I was in 1st or 2nd grade, which means he lived well into his teens. We lost him once, and found him again because we saw signs up in our neighborhood that someone had taken in a lost cat. It was raining when we saw the signs, so my mom drove around until she found one on which the phone number hadn’t washed away. It turns out he had been hit by a car, and the people who found him had taken him to the emergency vet and seen him through surgery for a spinal injury. The kindness of strangers is amazing sometimes!

However, whether it was due to the accident or not, the state of semi-confusion you see on Tiger’s face in this picture was typical. He was quite the fraidy cat….a nervous nelly, and all that. He never jumped very well after his accident, and he eventually developed arthritis in his hind legs. He also had a tumor growing on his chest that was the ultimate reason my parents made their decision.

Tiger was the only fluffy cat we ever had and probably the cutest! When he was a kitten he had a fascination with the Christmas tree and loved to sleep under it. Unfortunately most of the adorable pictures of him are in print at my parents’ house, so I only have these few to post.

Tiger wasn’t my best friend cat growing up, but in the past few years he seems to have grown quite attached from me when I was home from school. 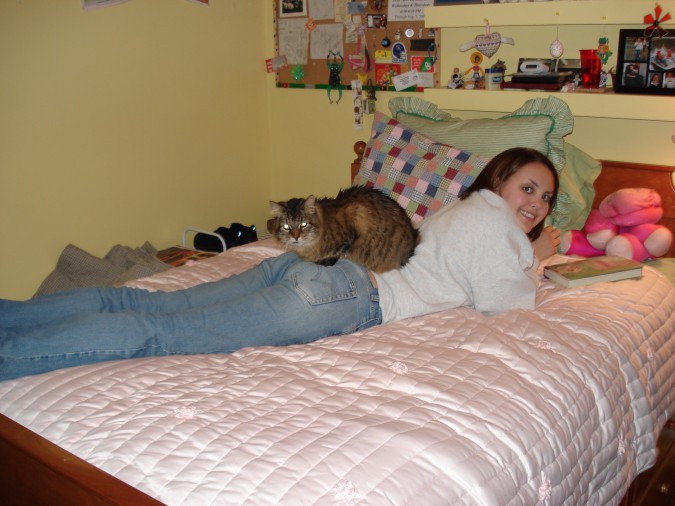 (This was not staged!)

It’s always sad when a pet has to go, but his life had quickly become miserable, and he’s free of that now. My parents now have only one cat, which is the fewest they’ve had certainly in my lifetime and maybe ever! For all his quirks, Tiger will definitely be missed. 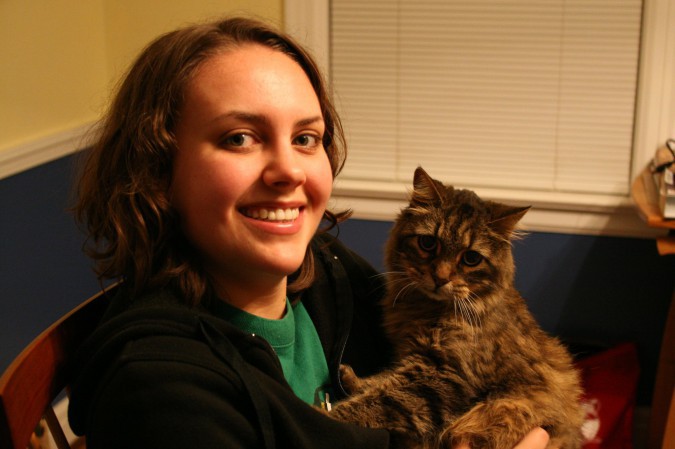